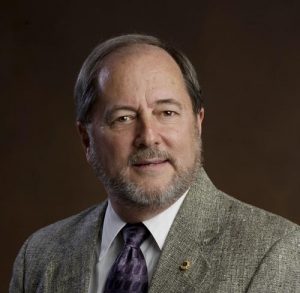 Dr. Burch completed his undergraduate work at the University of South Florida in his hometown of Tampa. He received Doctor of Chiropractic degree from Life University School of Chiropractic. Dr. Burch practice in Hammond, Louisiana for 18 years until when he joined River Parishes Chiropractic in October 1998, Dr. Burch has distinguished himself on local, state, and national levels.

Appointed to the Louisiana State Board of Chiropractic Examiners by Governor Edwards in 1993 and reappointed by Governor Foster in 1997, Dr. Burch has served as President, Secretary/Treasure and chairman of the complaints committee and currently serves as chairman of the peer review committee. He also has been named State Delegate, Proctor and test committee member to the National Board of Chiropractic Examiners. Dr. Burch is a past delegate to the federation of Chiropractic Licensing Boards, a past member of the Louisiana State Health Care Reform Commission and state Medicaid consultant. He has been a lecturer in post graduate division of Southeastern Louisiana University in Hammond and has lectured in the alternative therapies program at Tulane Medical School in New Orleans.

Dr. Burch is a member of the American Chiropractic Association, the Louisiana Union of Chiropractic Physicians and Lions Club International.

What Our Patients Say

I had severe neck pain and couldn't even sleep, but I was very scared about having my neck "cracked". Dr. Dale assured me that if I was not comfortable with it, then he could use other treatments to relieve my pain. He was very professional and now my neck pain is completely gone.

5 stars! they helped me more in a month with my sciatica than all the other doctors in the last 5 years

I was finding it difficult to go to work everyday on the computer because of my neck pain. Dr. Nick treated the muscles in my neck and taught me the proper position sit and now I can work all day without pain.

Find Us On The Map

Find Out When We Are Open